Josephine Clark is trapped. A harrowing past haunts her every time she looks in the mirror, and she can’t escape the violence of her everyday life. More and more, her thoughts turn to Evan Salinger, the boy she knew in high school. The boy they called a mental case. A loner. A freak. The boy who seemed to know things no one could know. For a few short weeks, Jo had found perfect solace in Evan’s company, sneaking every night to meet him at the local pool. In the cool of the water and the warmth of Evan’s arms around her, Jo had tasted something close to happiness.

Cruel circumstances tore them apart, and four years later, the sweet memory of their time together is dissolving under the punishing reality of Jo’s life now. Evan seems like a fading dream…until he reappears at the moment she needs him most. Guided by Evan’s strange intuition, they flee her small Louisiana town, and Jo begins to suspect there is something more to his sudden return than he admits.

Over twelve days across America’s heartland, deep secrets come to light, buried pasts are unearthed, and the line between dreams and reality is blurred as Evan and Jo fight to hold on to their soul-deep love, and discover that there is more than one way to save a life.

WOW. I had to take a few days, read some books before I could come back to write this review. Only where do I start? First of all, LOOK AT THAT COVER! BEAUTIFUL.
Secondly, this book broke me. Utterly. I’ve never read anything like this before. I had to put it down so many times only to catch my breath. 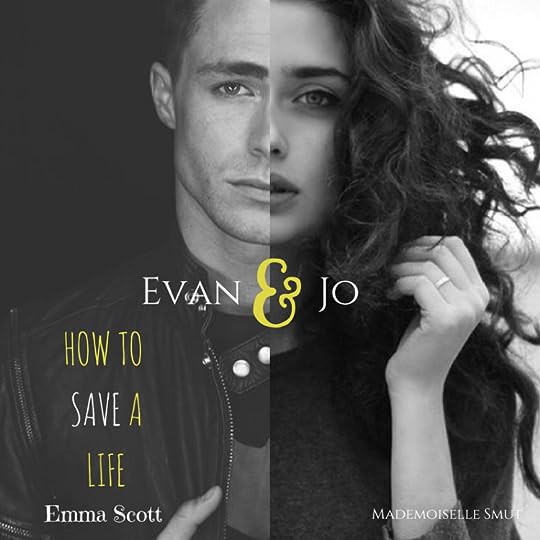 Josephine Clark has been through so much. After finding out Jo has been molested by her uncle, Josephine’s mother commits suicide. Now Jo is living with her mother’s cousin, Gerry, who is a trucker. They never stay at one place for more than six months. So now Jo is in a new town and starting a new high school. She has always been the freak with a scar that runs down her cheek, but when she starts Wilson high school in, she finds out that title belongs to Evan Salinger.

Evan Salinger is the freak of Planerville. A loner and a mental case. He was sent to a mental institution after he had an episode in the middle of math’s class. Being a foster kid, he gets bullied by his two stepbrothers, Shane and Merle.
Almost every night, Evan goes to the local pool where he jumps in the water and holds his breath and to try to break the world record. One night when he’s under water, Jo sees him and jumps in, thinking he is trying to kill himself. When Evan explains what he’s doing, Jo offers to time him. And this is how their story begins.

“Tell me, Jo,” Evan cried over the roar of the water. “If you love me, tell me you believe. Tell me, please,” he pleaded. “Please.”

This story was completely different from what I usually read. It was dark and had some shades of paranormal which only made it so much more interesting.

The reason I gave this book 4 stars and not 5 is because I wished more for Evan. If I go into it more, I will end up spoiling details which I don’t want to do. So if you haven’t read this gem yet, get on it.

“I never told you
I would take your pain if I could
I would drink it down
And take my comfort
In making you ache a little less
For a little while
Did I?
I’ll never know because I never told you that I loved you”