From strip clubs and truck stops to southern coast mansions and prep schools, one girl tries to stay true to herself.

These Royals will ruin you…

Ella Harper is a survivor—a pragmatic optimist. She’s spent her whole life moving from town to town with her flighty mother, struggling to make ends meet and believing that someday she’ll climb out of the gutter. After her mother’s death, Ella is truly alone.

Until Callum Royal appears, plucking Ella out of poverty and tossing her into his posh mansion among his five sons who all hate her. Each Royal boy is more magnetic than the last, but none as captivating as Reed Royal, the boy who is determined to send her back to the slums she came from.

Reed doesn’t want her. He says she doesn’t belong with the Royals.

Wealth. Excess. Deception. It’s like nothing Ella has ever experienced, and if she’s going to survive her time in the Royal palace, she’ll need to learn to issue her own Royal decrees.

“Look, I like you. Didn’t think I would but I do, and because I like you, I feel the need to warn you that we Royals are pretty fucked up. We’re good in bed, but out of it? We’re like a stage four hurricane.”

Wow! It’s true. These Royals will fucking ruin you… 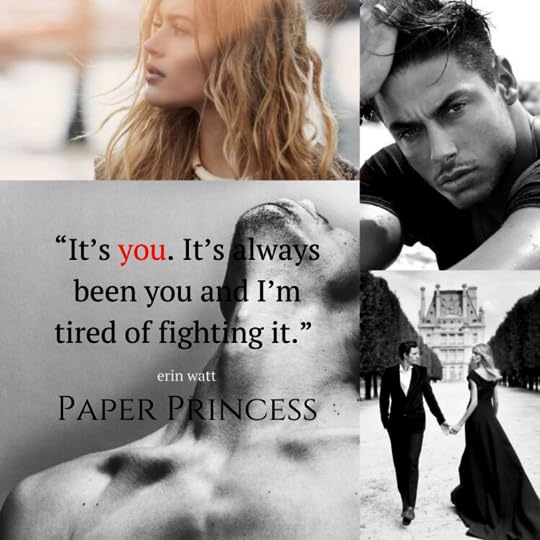 Ella is a seventeen year old, now orphan, struggling with school and holding a job, stripping for money. But now a strange man has shown up. Callum Royal, who is Ella’s father’s friend, and he wants to take Ella with him. To live with him and his five sons.

Reed Royal is all kind of messed up. He’s rich, powerful and absolutely gorgeous. And he is not happy about his father bringing home Ella to live with them. So he makes it hard for her. And his brothers help. Only things don’t go as he thought and soon, he’s seeing Ella in a different way, with stronger feelings.

“No one wants to be ruined. We all want to be saved.”

I did not expect to get as sucked in as I did. I had my doubts about this one but OH LORD was it good. I loved Ella’s strength and how she was her own person. There were times, plenty of times, I wanted to slap Reed, he could get too much sometimes but when his romantic and soft side came out I was swooning!

“Reed Royal has broken me. I’ve fallen from the sky and I’m not sure I can get up. Not this time.”