Racer McKay is a broody bastard.

From the moment I met him, he’s been rude, irritable, and unbearable. And worse? He’s broke.

A contractor working to remodel my parents pool house for extra cash, he stomps around in those clunky construction boots with his tool belt wrapped around his narrow waist, and a chip on his shoulder.

Racer McKay is also infuriatingly . . . sexy as hell. I want to take that pencil tucked behind his ear, and draw lazy lines slowly up and down his body all the while wanting to strangle him at the same time.

We try to stay out of each other’s way . . . that is until I have no other option but to ask for his help.

But what I don’t realize is he needs me just as much as I need him. I have money he’s desperate for, and he holds the key to making my dreams come true.

Our pranks turn from sarcastic banter, to sexual tension and lust-filled glances. Bickering matches quickly morph into slow burn moments. We’re hot, we’re cold. We push and pull. I need him, I don’t want him. We’re on the verge of combusting with an agreement dangling dangerously between us. Neither one of us can afford to lose one another and yet, we’re finding it quite hard to decipher the line that rests between love and hate.

This Romantic Comedy was amazing! 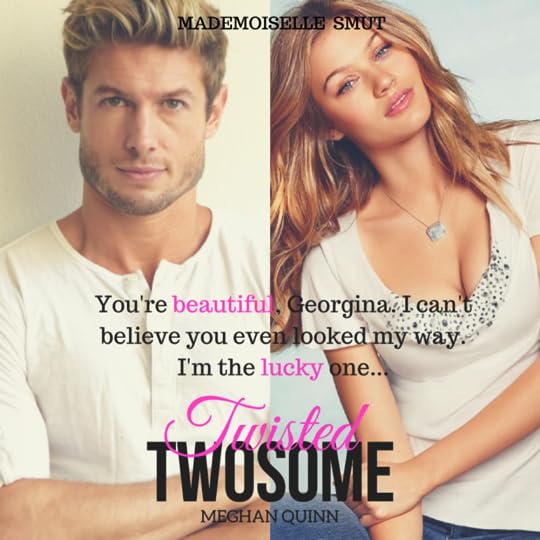 Georgina Westbrook has dreams of opening her own bridal dress store. But after her father rejects her ideas and refuses to invest in her business, her brother steps up and gives her the money she needs. But her father will do anything in his power to see that her dreams do not become reality. So he orders every construction company to deny helping Georgina. So she approaches the moody and arrogant man who’s working for her father. Racer McKay.

❝ I need a penis in my life, and I need it now… Before I do something stupid like throw myself at the disgusting, pigheaded – way too hot – Racer McKay. ❞

Racer Mckay is broke. He is struggling to pay bills and keeping food in the fridge. He’s not interested in helping Georgina. In his eyes she is like every rich child. Bossy, snobby and living in her own world where there are no problems. But he’s desperate for money and she’s willing to pay him good money, so he agrees to help her. But he has some conditions of his own; she can’t walk around the place in her high heels and fancy skirts and she’ll let him do his work.

❝ He’s my friend. I have another friend in my corner, and with a flawsome man like Racer McKay in my corner, I know I’m extremely lucky. ❞

While working on the store, they bicker and banter and play pranks on each other but there’s also so much sexual tension between them.

I love Meghan Quinn’s way of writing and I’ve thoroughly enjoyed every book I’ve read by her. There was nothing different with this one. It was hilarious and sexy and just absolutely awesome. I loved Racer from the first time he appeared in My Best Friend’s Ex, he was hilarious and so sweet and I got to see a whole different side of him. Georgina was so passionate and driven it was a pleasure to read how she became stronger as an individual.