I am a Killer. A Rapist. A Monster.
I know only pain and survival.
That is until the Cappo’s sister walked into my life. 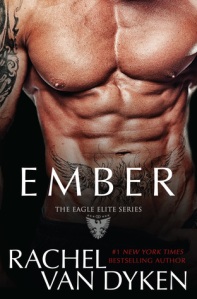 She’s a light who makes my darkness darker, her smile makes my heart turn to ice, and I can’t escape the fear her seductive looks instill–knowing it’s only a matter of time before I fail–again, and take her for myself.
This is the story of my redemption.
But it’s not pretty…I died, and now I’m alive, but not living, breathing but not surviving. I am Phoenix De Lange, son to a murdered mob boss, estranged brother, horrible friend, monster in the making, newest leader to one of the most powerful families in the Cosa Nostra.
And I will have my vengeance.
Or die trying.
I am Phoenix De Lange.
Death is all I know.
Until she offers me a piece of life–I can’t resist taking.

I am a Killer. A Rapist. A Monster.

So, because I have not read the previous books, I had no clue about the relationship between Phoenix and his friends, especially Nixon and Trace. There was some information that Phoenix had kidnapped and tried to rape his best friend’s girl…right.

Anyhow, Phoenix is broken, inside out. He’s scarred from his past and sees no light in his future. But then there is Bee, the Cappos’ sister. She’s bright, young, and everything he should stay away from, so he uses cruel words to keep her away.

“How many times can a girl face rejection before the only way to find comfort is to close herself off from the very world that rejected her in the first place?”

Bee has loved Phoenix for a long time. He is her only friend, but she wants more. Phoenix, however, keeps rejecting her advances, not because he hates her but because he doesn’t want to drag her into his dark and injured world.

But Phoenix’s plans to stay away from Bee backfires when Tex, Bee’s brother, assigns him as her bodyguard when she starts school. There was a lot of suspense, and the chemistry between Phoenix and his friends was excellent. It was Bee that I didn’t fancy. She was kind of…too much? Her practically always clinging to Phoenix even when he was so cruel and when he went too far, she stayed away for maybe a day before she was back to drooling by his side.

“Warm fuzzies?”
“I don’t do warm fuzzies.”
Well, we can’t win ’em all.
“I do scorching blazes,” he muttered under his breath. “That sear you alive.”

Phoenix and the guys were the stars in this book. I absolutely loved this man even with such a broken soul; he was so strong. I was sad for him. He felt not to be worthy of Bee, not feeling worthy of light when that was what he deserved. And when he accepted his fate, his Bee, my heart was whole.