Part of a world I loathe.
Part of a family who hates me more than I hate myself. 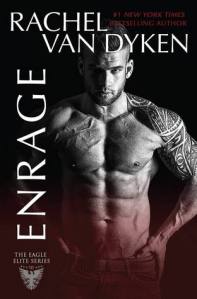 Living with a girl who reminds me of my darkness.
I’m. In. Hell.
Also known as the Cosa Nostra.
My life was over the minute I stepped off that plane.
Son to a murdered mob boss.
Heir to a throne of murder and lies.
My name is Dante Nicolasi.
And there will be blood.

Wow! I liked Dante in the previous book, but I completely fell in love with him in this book. This man, so strong and loyal to his brothers in The Family.

El is broken. She’d married the devil and had been his sex slave until Frank killed and saved her from her abusive husband. Now she’s brought into the Sicilian Mafia. Out from one hell and pushed into another, if you will. But things are different here. The women of the men are treated differently; she’s treated better by the men… well all except one.

Dante hates her for the sole reason that she was married to Xavier Petrov, and he was a part of the Russian Mafia. And now he has to live in the same house as her, sharing one bathroom and driving her to school. But he notices things, she’s different, innocent and not at all what he expected.

As Dante and El grow closer, the family believes El needs protection, and she needs to marry for her to be safe. Dante doesn’t think he’s worthy of her. She’s known violence for so long, and his life has changed, and all Dante knows now is violence and death. So he’ll let her go for her to be safe and away from the world that she hates. But things do not go according to plan. How can Dante let go of the one thing he is finding himself he can’t live without?

“How will I know when you’re telling the truth,”
I fired back before grabbing the handle to the door. He shoved the keys in his pocket and grabbed my arm, twisting me back in my seat until I was pressed against the soft leather, his face inches from mine.
“I will never lie to your face.” He blinked slowly, his cool blue eyes assessing. “My only tell, is that if I lie to you, I look below your eyes, above your eyes, near your eyes,” he touched one side of my face. “And I might even look through your eyes, but I will never look at the soul behind them. You’ll know I’m lying because I won’t be speaking to your soul, El.”

This book was so well written, I sat at the end of my seat as the suspense increased. The dialogues between the guys were hilarious. I absolutely adored the relationship between Chase and Dante and how protective of all the guys were of El.

“And the sexy as hell way that she rose above it, continues to rise above it, every day of her life.” He stood. “I loved that girl.”
“What happened to her?” Chris asked his eyes ping ponging between me and Dante.
“Beauty was never supposed to end up with the beast, Chris, she marries the prince. That’s what happened.” He grabbed the wine bottle, scooted his chair back, and walked out.