PIPER
Arrogant, controlling, and an absolute jerk.
He’s everything I loathe, and everything I want to forget.
But he doesn’t remember a bit of it. 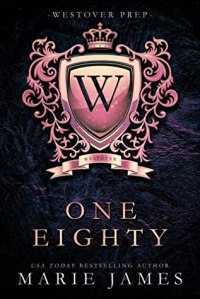 One accident, one misstep, changed everything.
Changed him.
Now, he’s different and unbelievably sexy.
But I refuse to fall for a bully.

DALTON
Sexy, smart, feisty, and perfect.
She’s everything I want, and nothing that I remember.
What she says I am, I refuse to believe.
For her, I will be anything.
I will do anything.
Even destroy the bully from before.

This book was recommended to me by my sister, and it was a perfectly sweet summer read. I didn’t love it, but I did enjoy the story.

This book tells the story of Piper and Dalton. Piper is the victim of bullying by Dalton and has been for a long time. Dalton does everything in his power to make Piper’s life miserable. He’s there at school, and they live next door to each other, there’s no peace for Piper.

“You’re fucking pitiful.” His words are calm.
There’s no sign of the rage and hostility that echoed through the car just moments ago. “You’re just the girl everyone loves to pick on. Everyone hates you. There isn’t one person at Westover Prep that likes you.”

When things go to hell at a party, Piper and Dalton get into a car together and later end up in an accident, which results in Dalton losing his memory. He has lost all memories from the last decade, remembers only glimpses of his childhood, and, most importantly, has no memory of Piper.

So when he first meets Piper after the accident, he’s intrigued by the girl who hates him. All she wants is him to stay away from her. But it’s impossible to avoid each other when Piper is tutoring Dalton’s sister, spending a lot of time over at their house.

“Fuck,” he mumbles when he breathes me in for a second time. “Please tell me you’re mine.”

I liked the story, but I would’ve wanted to get a glimpse of how big an asshole Dalton was. We knew he was the biggest jerk to Piper, but after his memory loss, his family is shocked at his new personality. They’re shocked at him attending dinner and playing with the youngest of the family, how big of a douche was this guy? Other than that, this was a quick and sweet read.